The history of Steampunk match goes back to the 27th nov 1826, with the work of the Chemist “ John Walker “ who was he developer and creator of the first matchstick.Walker never applied for a patent on his product, and only retailed his matches for 1 Shilling per box. 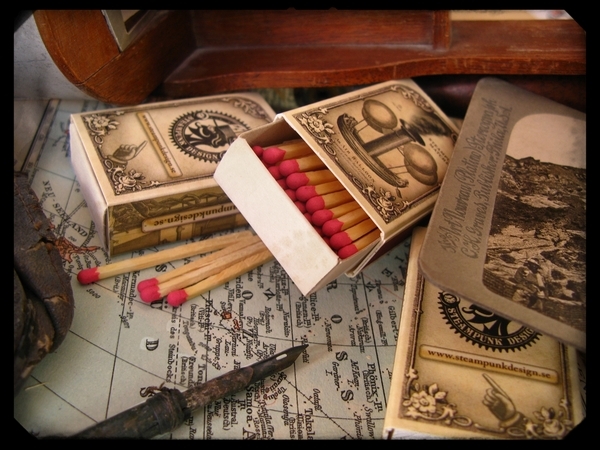 Later in the year 1833 the englishmam “ S. Jones “ invented a matchstick product with white phosphate to strike the matches.
The first commercially product matches, started in Massachusetts USA in 1836 again using the high dangerus white phasphous ignition method.
In 1855 based in Sweden the swede J. E. Lindström invented and procuded the fisrt “ Safety Match “ or common called “ Swedish Match “, without the use of white phosphous.
The common “ Safety Match “ has been commonplace in many household for numeras years until now with the reinproduction of the “Steampunk Match”.
Manufactured in the original design and concept of “ S Jones “ the Steampunk Matches strikes on almost any hard surface exactly as the original from the 19th century, however without the use of the white phosphorous, and is the innovation of “ Steampunk Design “